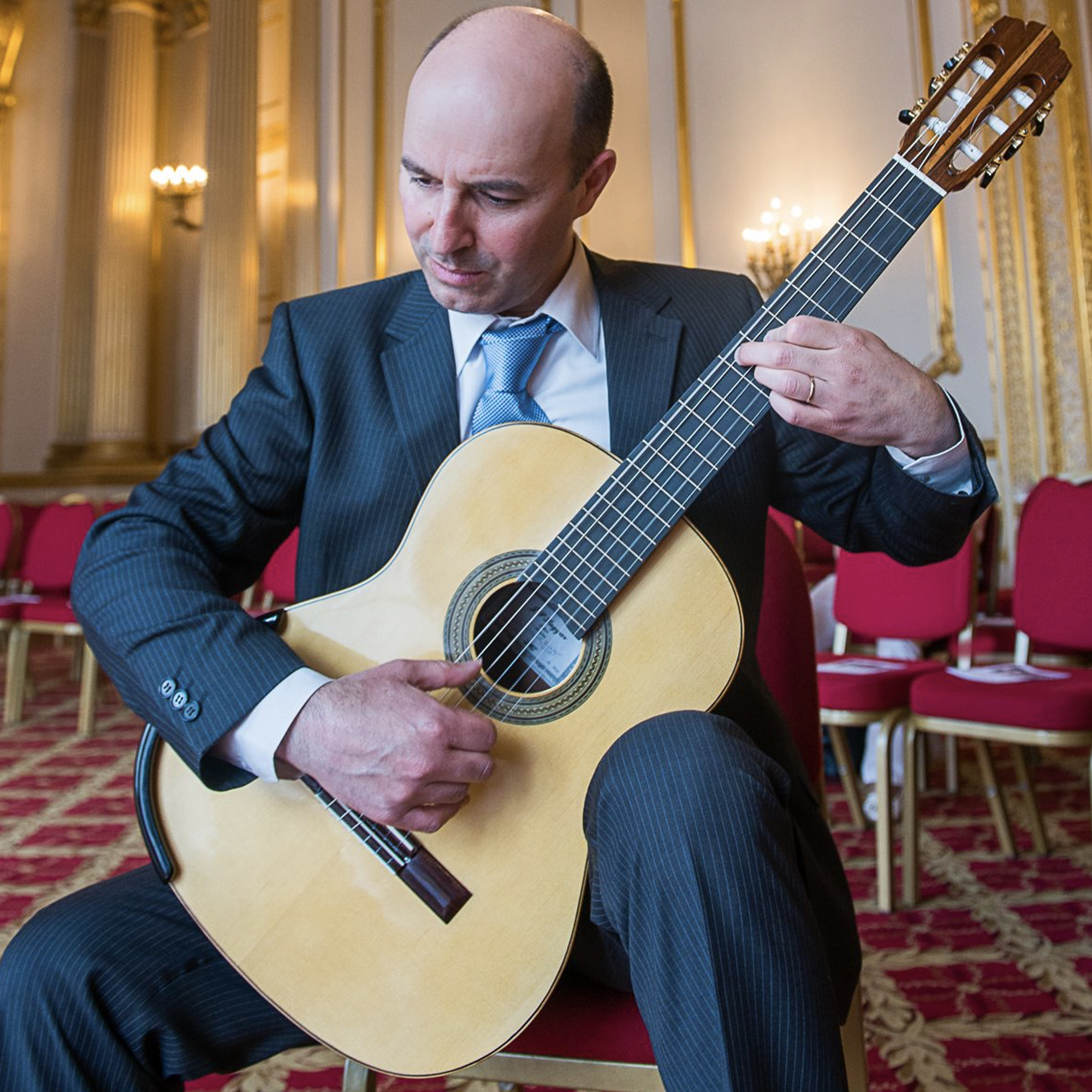 Ayman Jarjour, Classical Guitarist
Ayman Jarjour studied at the Royal Conservatory of Music in Madrid and holds a Master of Music degree from The Juilliard School in New York. He has performed in the Middle East, Europe, the United States, Africa and the Far East. His solo appearances with orchestra include the world premiere of Olympus (concerto for guitar and orchestra) by Evis Sammoutis and Rodrigo’s two masterpieces Concierto de Aranjuez and Concierto Andaluz.
‍
Ayman has given concerts in London, Edinburgh, Brussels, Beirut, Amman, Madrid, Manchester, Bonn, Tunis, Khartoum, Valletta, Basel, Cairo, Alexandria, Istanbul, Prague, Budapest, Berlin, Los Angeles, Lagos, Abuja and Taipei, the last attended by the Taiwanese President. He has appeared on many TV channels in interviews and concert broadcasts. In New York, he gave a concert to standing ovation at Carnegie Hall’s Weill Recital Hall as winner of Artists International’s Special Presentation Award. His highly acclaimed studio recording of the programme is available on CD.

He served on the faculty of the High Institute of Music in Damascus and has lived and taught in the UK, Spain, Sudan, Belgium and the US.

Ayman is currently based between Britain and Lebanon. His involvement with many charities includes being Arts and Culture Ambassador for the Scottish Refugee Council.