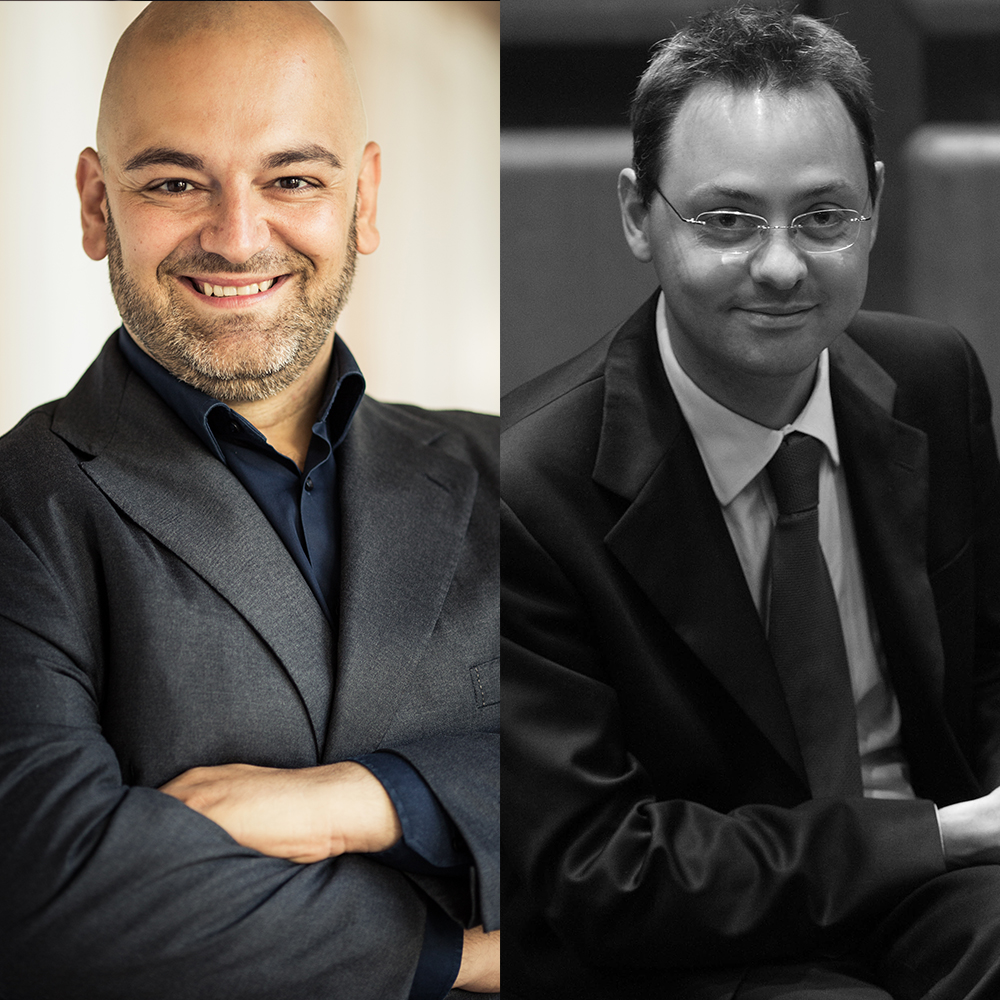 Giorgio Berrugi, Tenor
Nominated by Placido Domingo as one of his heirs, Giorgio Berrugi is one of the most appreciated tenors of today for his unmistakable, warm Italian sound, his exceptional musicality and the expressive nuances of his interpretations.

Recent engagements have included Macbeth at Festival Verdi in Parma, the house debut at Gran Teatre del Liceu in La Bohème, Ernani at Teatro Massimo in Palermo, Madama Butterfly at Opéra National de Paris, La Traviata at the Lyric Opera of Chicago, La Damnation de Faust at Oper Frankfurt, Tosca at Opera di Roma, Mahler’s Symphony No. 8 with the Wiener Philarmoniker, L’Elisir d’Amore and La Bohème of the 120th Anniversary at Teatro Regio in Turin, La Bohème in Naples, at the Royal Opera House in Muscat in tour with Opéra de Monte-Carlo and in concert in Seoul with the KBS Symphony Orchestra, Simon Boccanegra at Teatro alla Scala in Milan and at the Concertgebouw in Amsterdam, Roméo et Juliette at Arena di Verona, Un Ballo in Maschera at at Teatro Petruzzelli in Bari and at the Bolshoi in Moscow, Der Rosenkavalier at the Royal Opera House in London and performances as a soloist in Verdi’s Requiem at Festival Verdi in Parma, in New York with the London Symphony Orchestra, in Milan with Orchestra Filarmonica della Scala, at Théâtre des Champs-Elysées in Paris, in Rome for Accademia di Santa Cecilia, in Lucerne, Hong Kong, Manchester, Dallas, Valencia and Riga.

Before becoming a singer, Berrugi graduated with honors in clarinet. He won major international awards both as a soloist and in chamber music and was the first clarinet of the Orchestra Sinfonica di Roma for five years.

He began his vocal studies in 2007 and after a few months he debuted as Rodolfo in La Bohème at Teatro La Fenice in Venice. From 2010 to 2013 he was a member of the ensemble of Dresden Semperoper, where he performed many important roles such as Don José in Carmen, Riccardo in Un Ballo in Maschera, Mario Cavaradossi in Tosca, Nemorino in L’Elisir d’Amore, the Duke of Mantua in Rigoletto and Gennarino in the world première of Gisela, the last opera written by Hans Werner Henze.

FABIO CENTANNI
‍Fabio Centanni is one of the internationally most sought after collaborative pianists in Italian Opera and Instrumental music.
Since 2006 he has closely collaborated alongside with Renata Scotto at the Opera Studio of Accademia Nazionale di Santa Cecilia where he has performed in numerous concerts at the Auditorium Parco della Musica as well as internationally supported by the Italian Embassy. Mr. Centanni served as Korrepetitor for the International Opernstudio in Zurich, Deutsche Oper am Rhein in Dusseldorf, Orchestra Sinfonica di Savona, Grand Théâtre de Genève. For Radio3 Programm “La Barcaccia” he accompanied Raina Kabaivanska, Katia Ricciarelli, Daniela Dessì, Fabio Armiliato, Amarilli Nizza, and Roberto de Candia. In 2008 he served as accompanist for Natalie Dessay while preparing La Traviata with Renata Scotto.
He held Masterclasses at the “Estudio Voce” School in Rio de Janeiro (5 times, 2011-2013), at the Conservatoire National Supèrieur in Beyrouth, Lebanon  (November 2013, February 2014) and at the Conservatorio of  Verona organized by th Sydney Conservatorium of Music.

From January 2013 he is the pianist of  Bernadette Manca di Nissa at the Conservatorio “G. P.  da Palestrina” in Cagliari.

Mr. Centanni received his Bachelor of Music with full honors from Santa Cecilia Conservatorio and both Specialization in Chamber Music and Piano from Accademia Nazionale di Santa Cecilia in Rome. His Post-Graduate Studies include the course of musical interpretation at Accademia Chigiana,  Accademia “Incontri col Maestro” in Imola, Sommerakademie "Mozarteum" in Salzburg, and participation in the Master Class with Pavel Gliliov at Accademia Musicale Pescarese.

2011-2012  he was the pianist of  Sonig Tchakerian  in her Master Course in Violin  held at  the Accademia Nazionale di Santa Cecilia.
Mr. Centanni is fluent in German, English, Portugues and his native Italian. 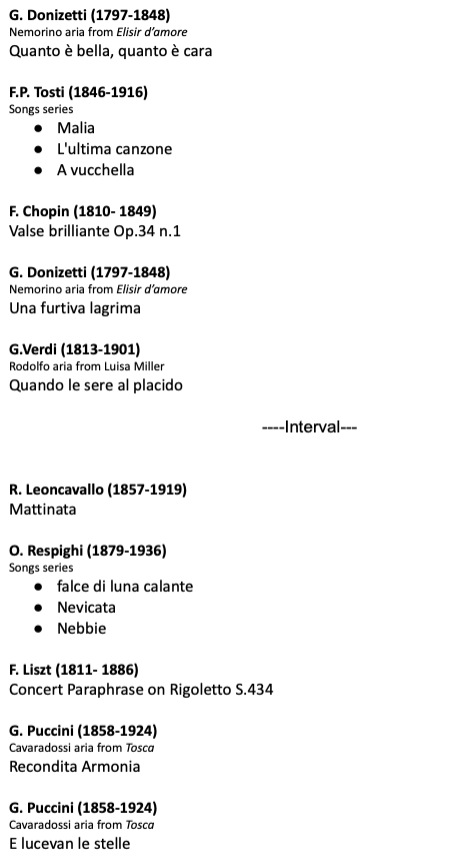