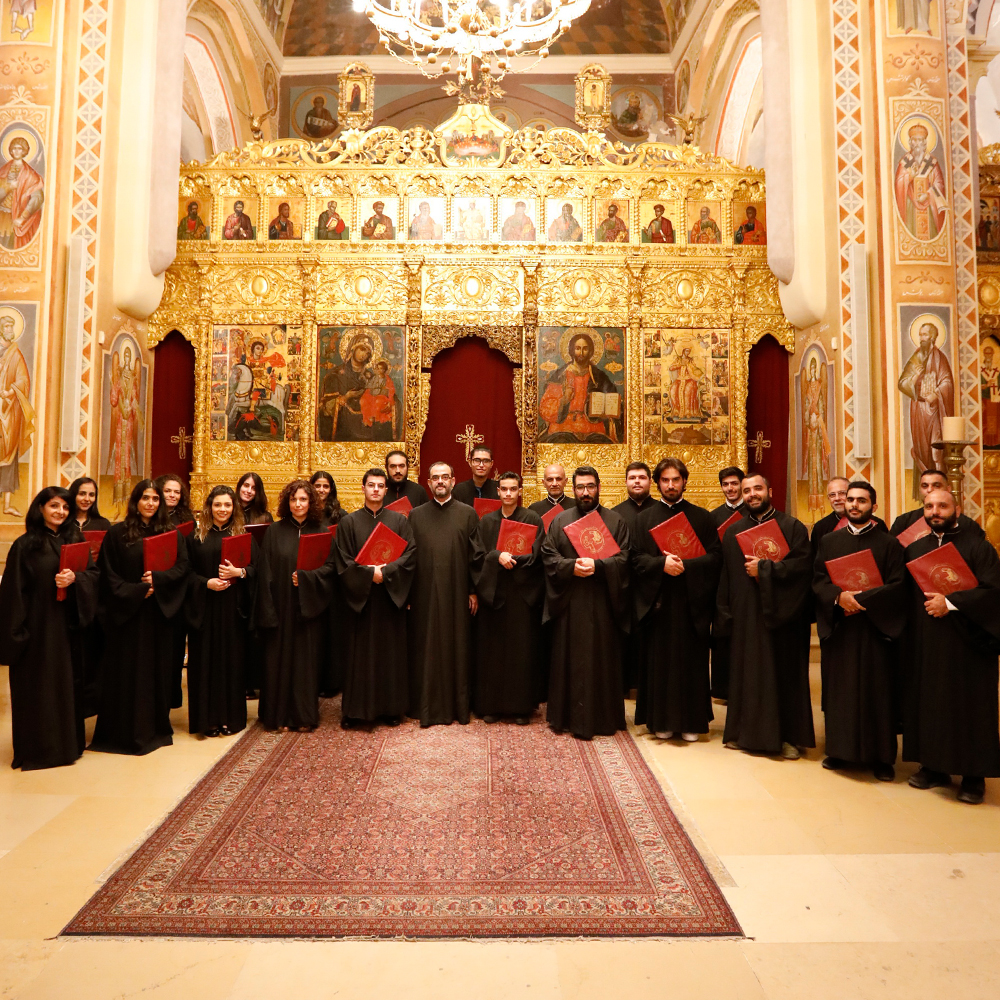 St. Romanos Choir
By the blessings of His Eminence Elias Audi, Metropolitan of Beirut, the “Saint Romanos Choir of Beirut” was founded in the year 2000. It all started with a concert held in the Saint George Church, Souk El Gharb. The choir, then, contained 30 chanters, both male and female.

Members of the choir are essentially graduates of “The Saint Romanos School of Ecclesiastical Music” in Beirut where they study, for 5 years, everything related to Byzantine Ecclesiastical music starting from the basics. On the 5th year, the students prepare their diploma in Ecclesiastical music, then travel to Greece to sit an exam before a jury led by the Protopsaltis Spyridon Pavlakis. After finishing all the necessary studies, the students may be members of the choir led by the very reverend father Romanos Joubran.

The choir performed many services in Arabic, Greek and English. Also, it has many published works performed by itself or in collaboration with other Orthodox choirs

Currently, the choir contains around 50 members, both males and females. They performed on several stages and in many churches, inside Beirut and throughout Lebanon, as well as in Syria, Greece, the United States of America, and lately in Romania. 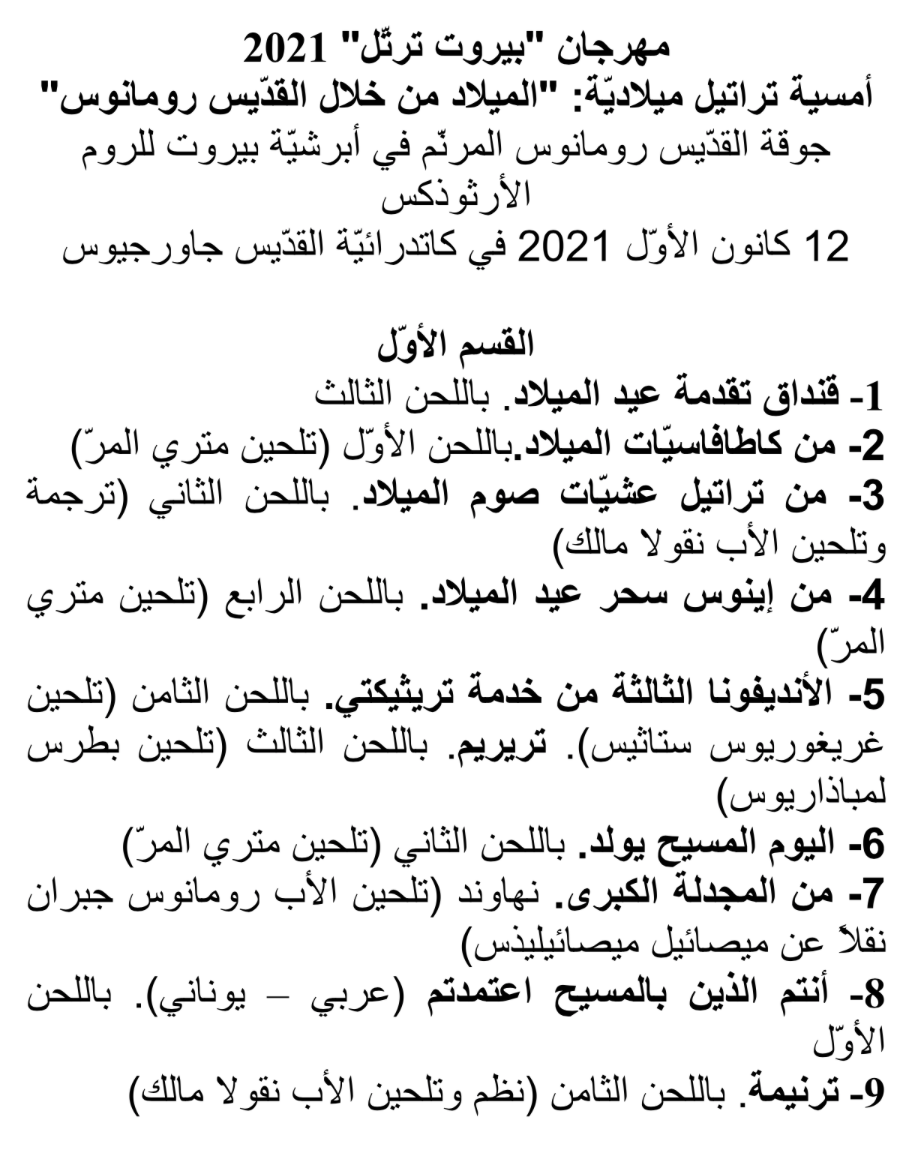 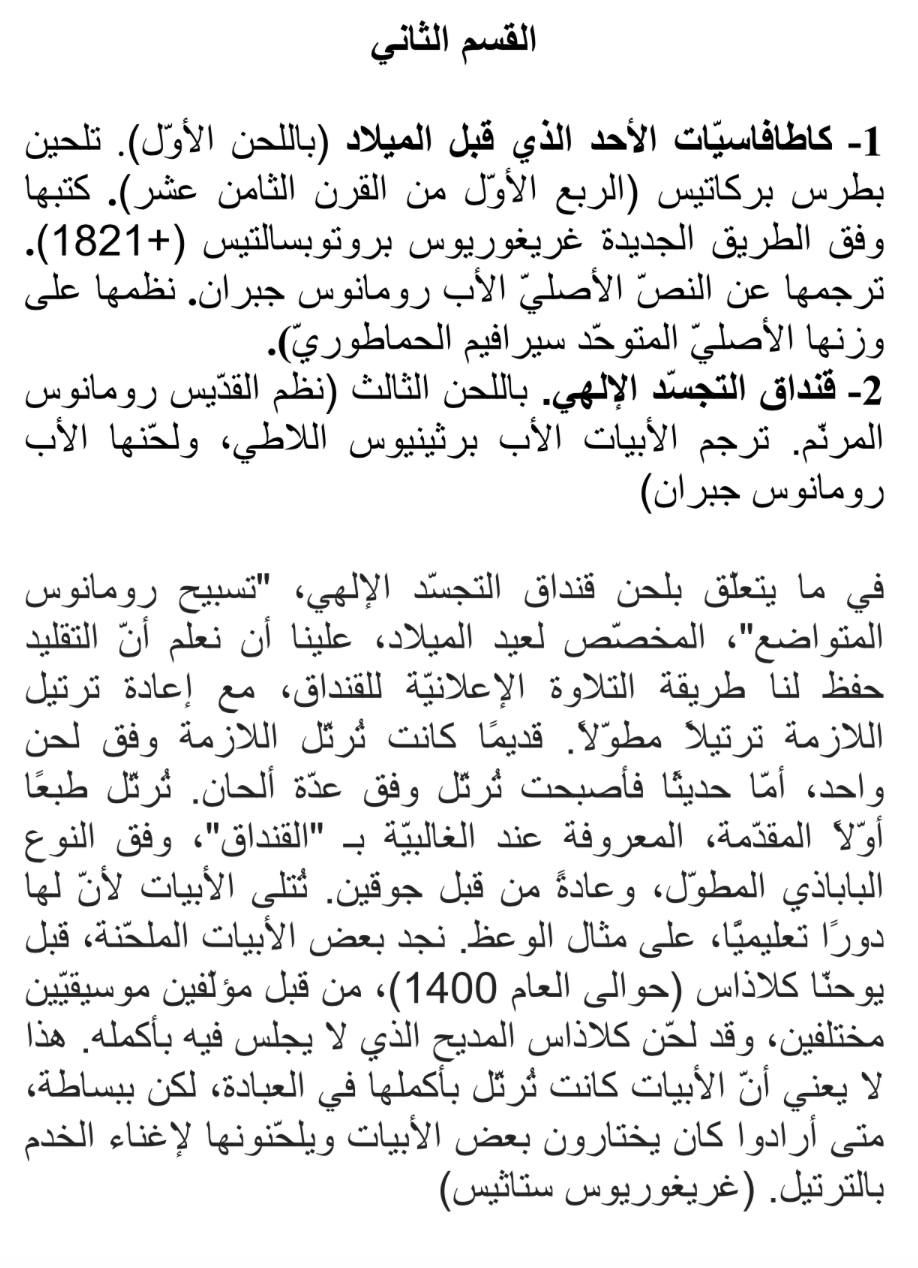