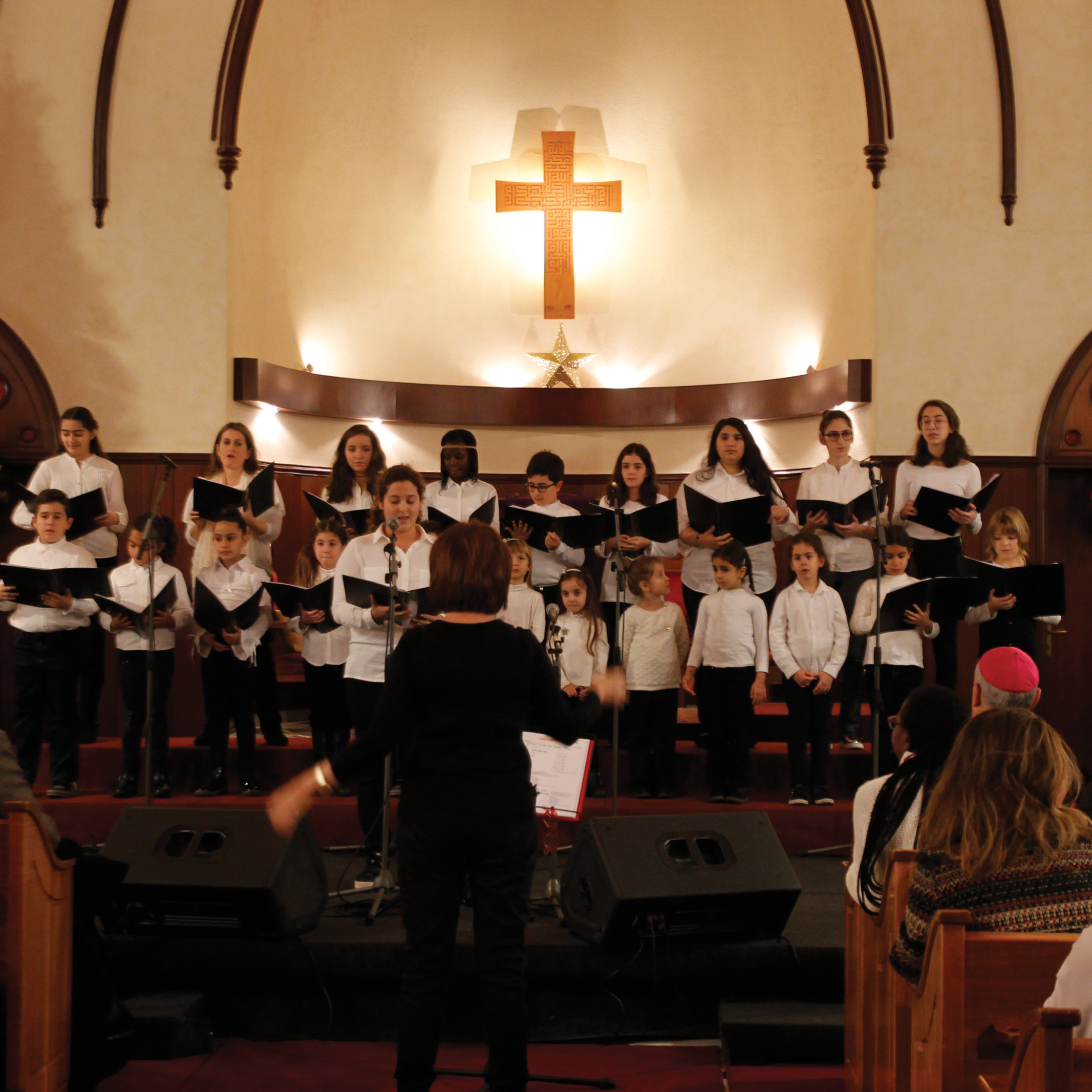 The Chanterie de Beyrouth one of the first children’s choirs in Lebanon was founded twenty years ago by Mrs. Noha Hatem.Its 25 children ,ages between 6 to 14 coming from different social backgrounds are bonded by their  devotion to music and singing.  The polyvalent choir ,since its foundation has given immeasurable joy and spirit wherever they chant or carol. Every December they become the essence of Christmas  ,chanting for peace, friendship, love and fraternity in both  French, English, Arabic and Spanish. Their luring voices will once again be heard this Christmas at the Beirut Chants, singing a selection of classical and international Christmas songs under the direction of the Chanterie’s founder  Mrs. Noha Hatem.

Professor in music education for children and founder and head of the Lebanese Children’s Choir ‘La Chanterie de Beyrouth’, Mrs. Noha Hatem, has contributed for the past 30 years to both Lebanese and French culture. She has participated in various cultural events both in Lebanon and abroad where her children’s choir, singing in different languages has given great joy and heartfelt spirit during festivities.  Children of  Mrs. Hatem’s choir are  between the ages of 6 to 14 and are  from different backgrounds bound together by their love for music and song. Mrs. Hatem’s devotion to the choir and children has been exceptional . Her persistence to promote young talent has merited her several awards from both the French and Spanish governments  receiving both the ‘Chevalier des Palmes Academiques’ from the former and ‘the Medal of Order of Isabel the Catholic’ from the latter.Her dedication to Lebanon  has been exemplary, always ready to help children in need, through music.Once again ,this year, Mrs. Hatem was invited to give a Christmas concert within the Festival of Beirut Chant.  She will be accompanied by the talented  pianist  Mrs. Isabelle Issahakian who has been totally dedicated in the service of both the children and the choir. The rich program will include a special selection of Christmas carols from all over the world sung in different languages. 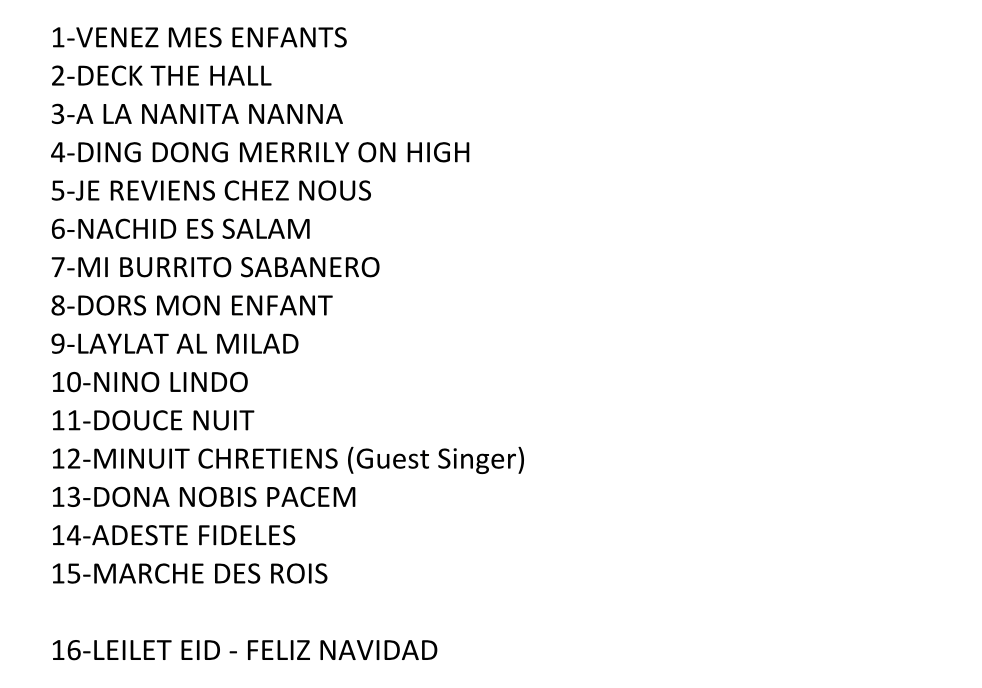