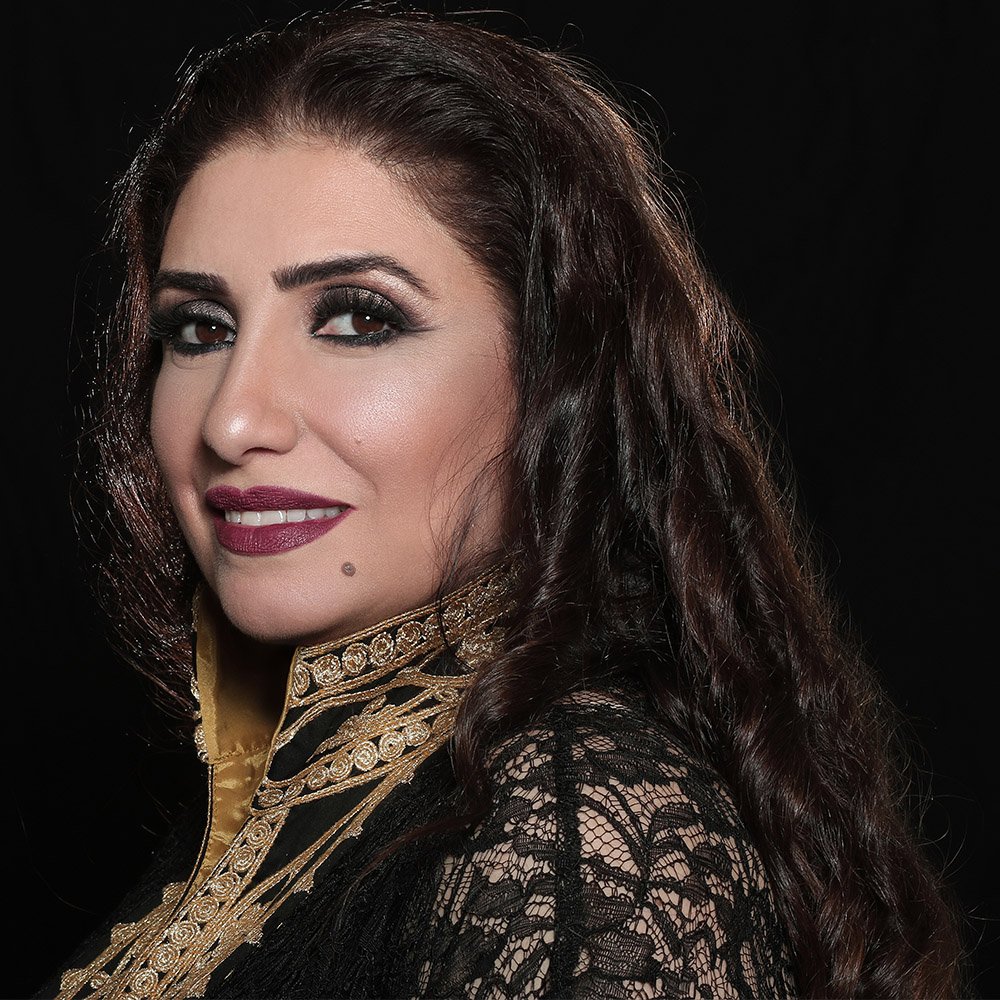 Ghada Shbeir
Ghada Shbeir holds a PHD in Musical Sciences as well as a diploma in Arabic singing from the Holy Spirit University- Kaslik.
Today, she teaches oriental Arabic singing and its theories as well as the history of Arabic music at the same university. She is also the director of the Oriental Arabic choir at the Holy Spirit University- Kaslik.
‍
In 1997, she was awarded the first prize at the Best Arabic Song Competition in Egypt. She was also awarded the BBC World Music Award for both the Middle East and North Africa for her CD entitled “Mouachahat” in 2007. In addition to that, she won the first international award prize for the interpretation of Andalusian chants (Mouachahat).
‍
Later on, Ghada Shbeir released several Arabic CDs entitled “Qawaleb”, “Al Qasida”, “Andalusia”, and numerous Syriac Chants CDs; « Syriac Chants », « Passion », « Chants Syriaques- Noel » and « Chants Syriaques- Vol 4 ».
‍
She has recently launched a book entitled “Al Mouashahat”; an academic curriculum for oriental singing students distributed over five years.
Her second book will be released soon as well and it’s entitled “Al Maqamat Al Arabiya”; an academic curriculum for oriental singing students distributed over four years.
‍
Furthermore, Shbeir has executed lots of researches about Arabic music such as Mouashahat and about Syriac music. As a result, she was able to note more than 700 melodies of Maronite and Catholic Syriac chants between 2004 and 2007.
‍
Ghada Shbeir has traveled to many countries performing a lot of concerts and participating in international music congresses by giving conference talks and lectures. She has also participated in international festivals in Europe and many the countries around the world including Lebanon, Egypt, Greece, Slovakia, France, London, Kuwait, Abu Dhabi, Canada, Bologna, Qatar, Germany, Spain, China, America, Sarajevo, Switzerland, Jordan, Turkey, Oman, Bahrain, Algeria, Azerbaijan, Muscat, and others. Ghada Shbeir’s achievements and artistic career include:
‍
– Composing many poems and mouashahats and performing them in many concerts in Lebanon and abroad. Shbeir composed poems for “Wallada”, “Ya telak riqqi”, “Yom l doja”, “Yakoutat al ghaymat” and a bouquet of poems for Abdul Aziz Saoud Al Babtain.

– Participating in five television programs such as “The Voice” during its first season in 2012, in which she participated as a coach for the participants.

– Participating in several musical plays including: “The Land of Immortality,” in Bahrain in 2014, and “Ibn Battuta” in Muscat and Milan in 2015.