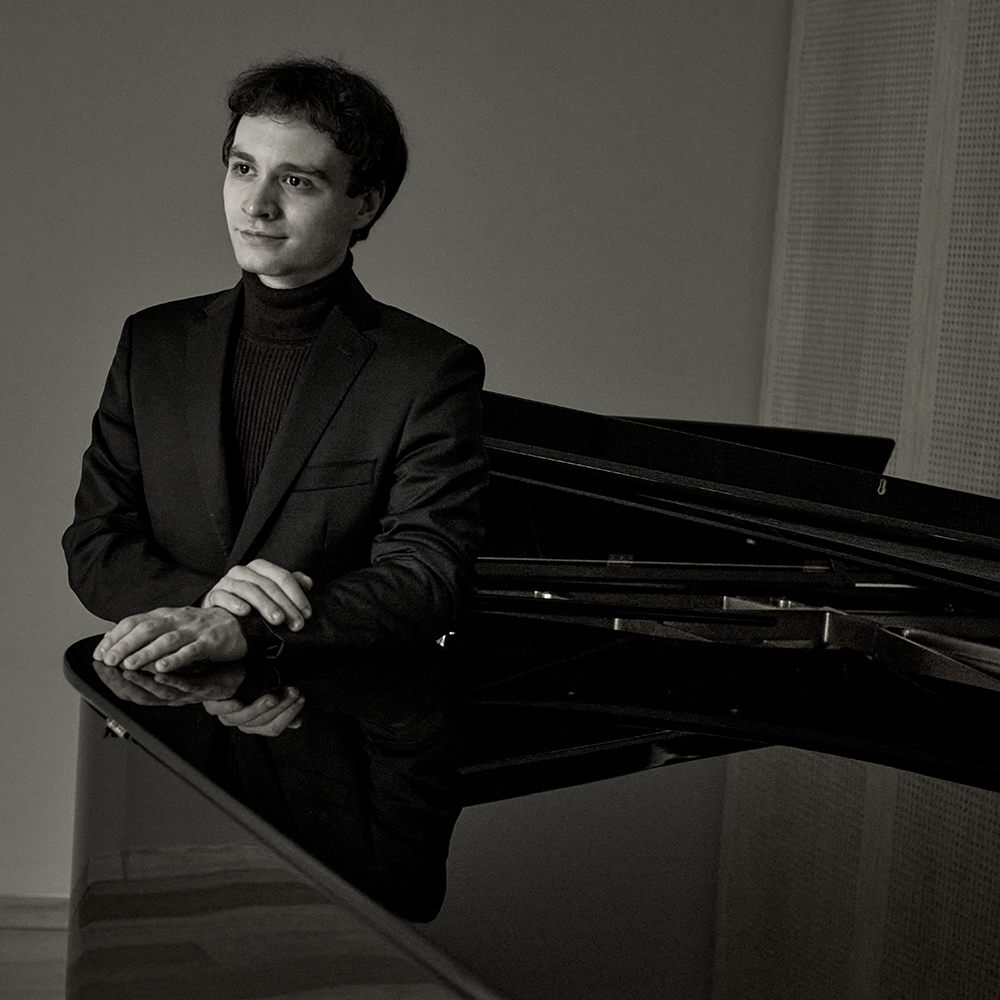 « Fournel is a tiger. He has its power, majesty, flexibility, velocity, ferocity and elegance . » Bachtrack August 2021
‍
Jonathan Fournel was revealed with brilliance to the top international scene in the spring 2021 as he won the much-coveted International Queen Elisabeth competition Grand Prix-Queen Mathilde Prize at 27. In addition, Jonathan won the Musiq3 Audience prize and the Canvas-Klara prize. «A natural, musical and poetic playing in Mozart’s 18th concerto performed with majestic purity and lyricism as well as Brahms’ Variations and Fugue on a theme by Haendel led with intensity and an unquestionable sense of story-telling. » Marie-Aude Roux writes in Le Monde.  A few years earlier, Jonathan had won First Prizes at the Scottish International Piano Competition in Glasgow and the International Viotti competition in Vercelli, both at the age of 20.
‍
What strikes most in Fournel’s playing besides his stunning technique and extraordinary spectrum of colours is this balanced mix of exquisite refinement and wild instinct, his natural lyricism and the bright clarity of his interpretations shining light on details with a very mature understanding of the work.

He started studying the piano at 7 in his hometown of Sarreguemines in the East of France before joining the Strasbourg Conservatoire. At 12, Jonathan was admitted to the Saarbrücken Musikhochschule in Germany in Prof. Robert Leonardy and Jean Micault’s studios. At the same time, he started working with pianist Gisèle Magnan who is still following him as a mentor. He was then admitted to the Paris Conservatoire National Supérieur de Musique at 16 working with Brigitte Engerer, Bruno Rigutto, Claire Désert and Michel Dalberto and graduating with honors 5 years later. In September 2016, he joined Louis Lortie’s and Avo Kouyoumdjian’s studios at the Chapelle Musicale Reine Elisabeth in Brussels for another 5 years.

Although he has already been recognized for his special taste and talent for music by Mozart, Chopin or Brahms, Fournel already has a wide repertoire and a particular interest for today’s music. Notable highlights include  world premieres of French composer Nicolas Bacri’s 3rd piano sonata and  several pieces by the young French composer Pierre-Alain Braye-Weppe. He also often included works by Rory Boyle, Guillaume Connesson or Thomas Ades. in his recital programs. Chamber music has also always been an important part of his music-making, performing with such musicians as Gautier Capuçon, Augustin Dumay, Vassilena Serafimova, Victor Julien-Laferrière or the Hermes and Modigliani Quartets.

Jonathan was « Classical Revelation 2017 » of the Paris-based ADAMI and is supported by several sponsors : the Fondation Colas, the Fondation Goéland and the « Allumeurs d’Etoiles ».

Fournel signed to the multi Gramophone prize winning label Alpha. A Brahms album will be released in October 2021. 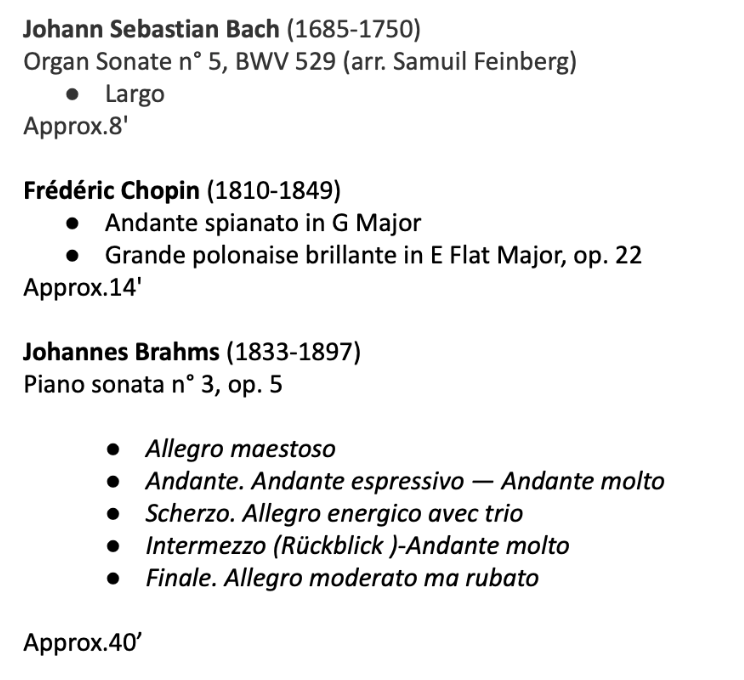