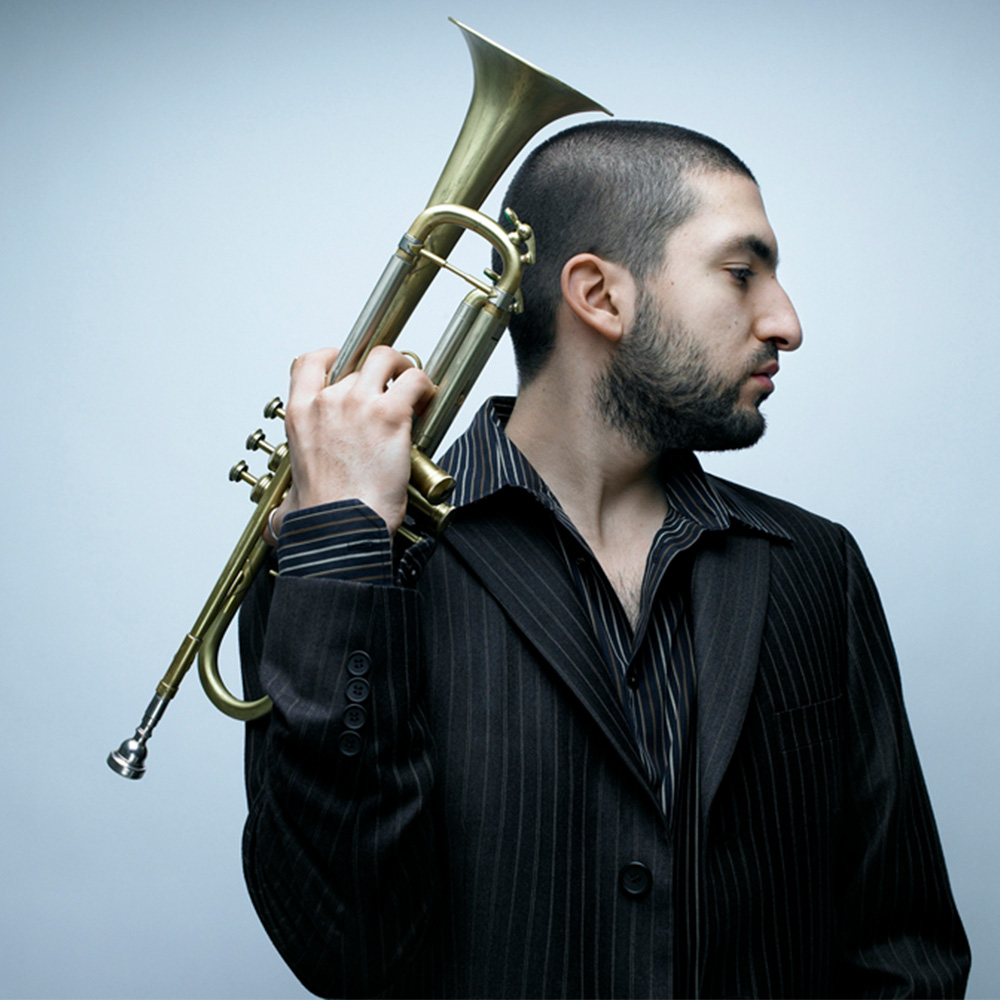 Ibrahim Maalouf
Born in 1980 in Beirut, the trumpeter Ibrahim Maalouf is currently the most popular instrumentalist of the French musical scene. His work is infamous for its particular fusion of multiple musical genres and has been renowned around the world for more than ten years now. His music made him travel to more than 40 countries around the world over the past ten years. During this time, he performs in many sold-out prestigious concert venues, such as the Volkswagen Arena in Istanbul, as well as a series of concerts in New York at the Lincoln Jazz Center. Back in France, his success keeps growing; the musician organizes a historic event on December 14th, 2016, taking place at the Accor Arena of Paris Bercy, the biggest concert venue in France. The event ended up being sold out more than eight months in advance, making him the first jazzman in history to have sold out the largest
concert venue in France.
‍
A few months later, Ibrahim creates a sensation, as the New York Times calls him a virtuoso of the quarter-tone trumpet. Meanwhile, the instrumentalist performs an exceptional concert presenting the world premiere of his album: Levantine Symphony No.1, in collaboration with The New Levant Initiative, in Washington DC at the Kennedy Center.
‍
Throughout his career, Ibrahim received two Victoires du Jazz and two Victoires de la Musique for Best World Music Album and Musical Show and Concert of the Year, making him the first instrumentalist to receive an award in the 33-year history of the Victoires de la Musique. Ibrahim also won an Echo Jazz in Germany, a César Award for Best Original Music as well as a Lumières Award for Best Original Score in 2016. Additionally, he is the recipient of the following honorary distinctions from the French government: Knight of the National Order of Merit and Knight of the Order of Arts and Letters.
‍
As a teenager, Ibrahim came in the first position of the most prestigious and renowned international trumpet competitions, as he was making his debut as a classical soloist. From the 2000s onwards, he impresses with his exceptional ability to improvise melodies and to give them life in a very colorful way. He soon became a reference in Pop, Jazz, and World music. Artists such as Sting, Salif Keita, Amadou & Mariam, Tryo, Matthieu Chedid, Lhasa de Sela, and many other influent musicians from different music genres reach out to collaborate with him.
In between 2007 and 2019, Ibrahim writes, composes, arranges more than 15 albums, both for himself and for other artists. During this time, he also orchestrates more than ten symphonic pieces and signs 15 film scores.
‍
After attracting the notice of legendary producer Quincy Jones during a concert at the Montreux Jazz Festival in 2017, Ibrahim becomes one of the artists to whom the American producer offers ongoing support through Quincy Jones Productions based in Los Angeles.In 2019, Ibrahim creates the original soundtracks of three movies, one of them is Who You Think I Am by Safy Nebbou, starring Juliette Binoche, which becomes an international success. Next, he gets on with a summer tour all around France with the Balkan brass band Haïdouti Orkestar.

After his summer tour in September of 2019, Ibrahim Maalouf releases his 11th studio album: S3NS. Following the launch of this new album, a world tour begins with a series of sold-out concerts at the Olympia, in Paris, on September 23-24-25th. Besides, Ibrahim has been teaching trumpet and improvisation in conservatories since 1999. Moreover, he was invited many times by the ITG (International Trumpet Guild) in the United States to give concerts and masterclasses. The trumpeter has been developing, over the years, a customized teaching method for classical music improvisation in French conservatories.

His latest educational collaboration goes back to Fall 2019 when he invites all the students from the Orchestre à l’École organization, all over France, to join him and his musicians on stage to perform his track Happy Face. A one in a lifetime opportunity for all the children to experience their first time on stage.

In 2019, Ibrahim composes, performs, and records the music for the show Monsieur X, created by Mathilda May featuring famous actor Pierre Richard. In 2020, the show is awarded the Molière for Best One-Man-Show. Alongside his projects, Ibrahim Maalouf and his label produce the debut album of Thaïs Lona, an emerging Pop-RnB artist.

This November 2020 marks the 40th birthday of the musician, as well as the release of his latest opus 40 MELODIES. For the first time in a duet with François Delporte, his guitarist of the last ten years, the album will also feature many other renowned guests (Sting, Marcus Miller, Matthieu Chedid, Alfredo Rodriguez, Richard Bona, Trilok Gurtu, Hüsnü Senlendrici, Jon Batiste, Arturo Sandoval, and others).

40 MELODIES - IBRAHIM MAALOUF
with François Delporte (Guitar)
‍
I was eight and a half years old when I started to perform in concerts. My father used to take me with him all around the world to play as a duo the most beautiful melodies of baroque music and some Arab music improvisations.

More than 30 years later, I realize that my musical culture is a clever mix in between those exquisite melodies I used to play, not fully understanding the history behind them or their origin, my father’s improvisations that I was trying to replicate, and the music from this era I was listening to on the radio.
‍
My 11 albums were inspired by different cultures, in some kind of hardly recognizable musical maelstrom, that to this day is appreciated by an increasingly loyal audience. This 12th studio album is certainly the most stripped-down one of them all and the closest one to the duets from my childhood.
‍
Over 2 hours and a half of intimate setting where I offer you 40 of my most memorable compositions, in which I also included a few covers and 3 exclusive new tracks.

With this album in duet, I go straight to the basics, what guides me, and what has been inspiring me for so long: the melody and the trumpet.

I have often been told that I was putting my instrument to the side to make room for others, for instrumentalists surrounding me, by prioritizing heavy and complex arrangements.
‍
Ever since I was a kid, I often heard my gracious audience tell me that the sound of my trumpet and my melodies move them, nevertheless I always was a bit reluctant to go their way, maybe out of fear of taking the easy road.

The paradox is that I love this instrument, and I love the melodies above all. Joined by my faithful collaborator, guitarist François Delporte, we have curated amongst all those melodies that have been taking me on a journey for the last 20 years, revisiting them in the simplest way: a guitar, a trumpet, and 40 melodies to celebrate my fortieth birthday.