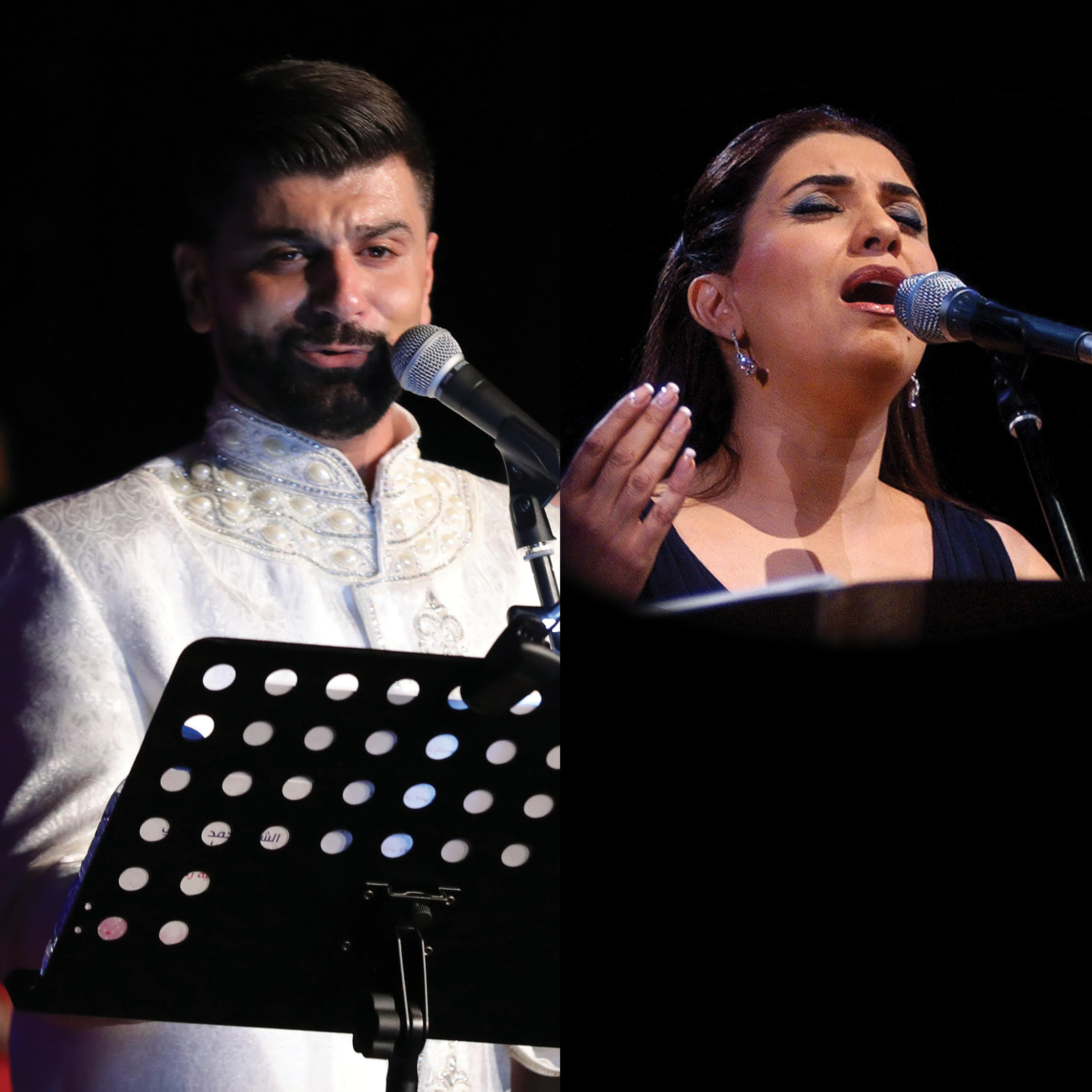 Ahmad Hawili, also known as Sheikh Ahmad Hawili, is a Lebanese Sufi singer who has gained recognition for his Sufi vocal performances during the past few years. Sheikh Ahmad has attained popularity after he was noted to have a unique voice blended with deep passion in his songs which combine elements of modern and traditional music, as well as, Sufi poetry.

Hawili’s musical talent was firstly discovered when he was at his primary school level, at the age of seven. He started performing at an early age and presented publicly his very first performance at the age of 12. At the age of 19, he recorded his first musical track.

Besides, Hawili earned a degree in “Philosophy” with an emphasis in “the comparison within the three religions".He is a student and a researcher in the Sufi principles and methods.

Ghada Shbeir is a graduate of the Holy Spirit University- Kaslik. She holds a PHD in Musical Sciences. Today, she teaches oriental singing at the same university, and she is the director of the Oriental choir at Holy Spirit University- Kaslik. She released several traditional Arabic CDs entitled “Moushahat”, “Qawaleb”, “Al Qasida”,“Andalusia”, and numerous Syriac Chants CDs; “« Syriac Chants », « Passion » and « Chants Syriaques- Noel », which were the result of a a research concerning a version of more than 700 melodies of Maronite and Catholic Syriac chants.In 1997, she was awarded the first prize at the Best Arabic Song Competition in Egypt. She was also awarded the BBC World Music Award for both the Middle East and North Africa for her CD entitled “Mouachahat” in 2007. In addition to that, she won the first prize international award for the interpretation of Andalousian chants (Mouachahat). Ghada Shbeir held many conferences, concerts and festivals all over the world. Also, she has been participating in Beirut Chants festivals for nine years. 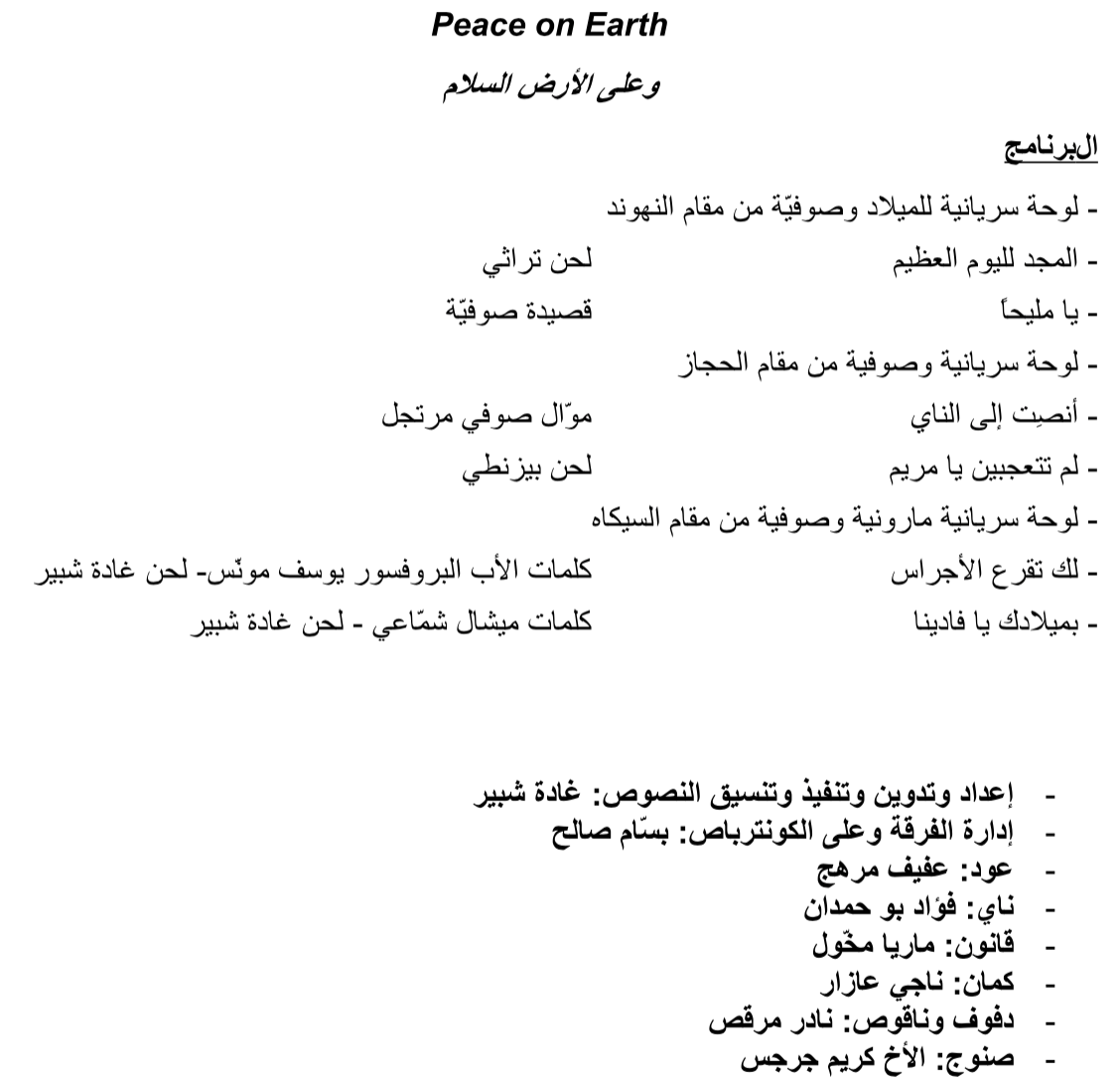