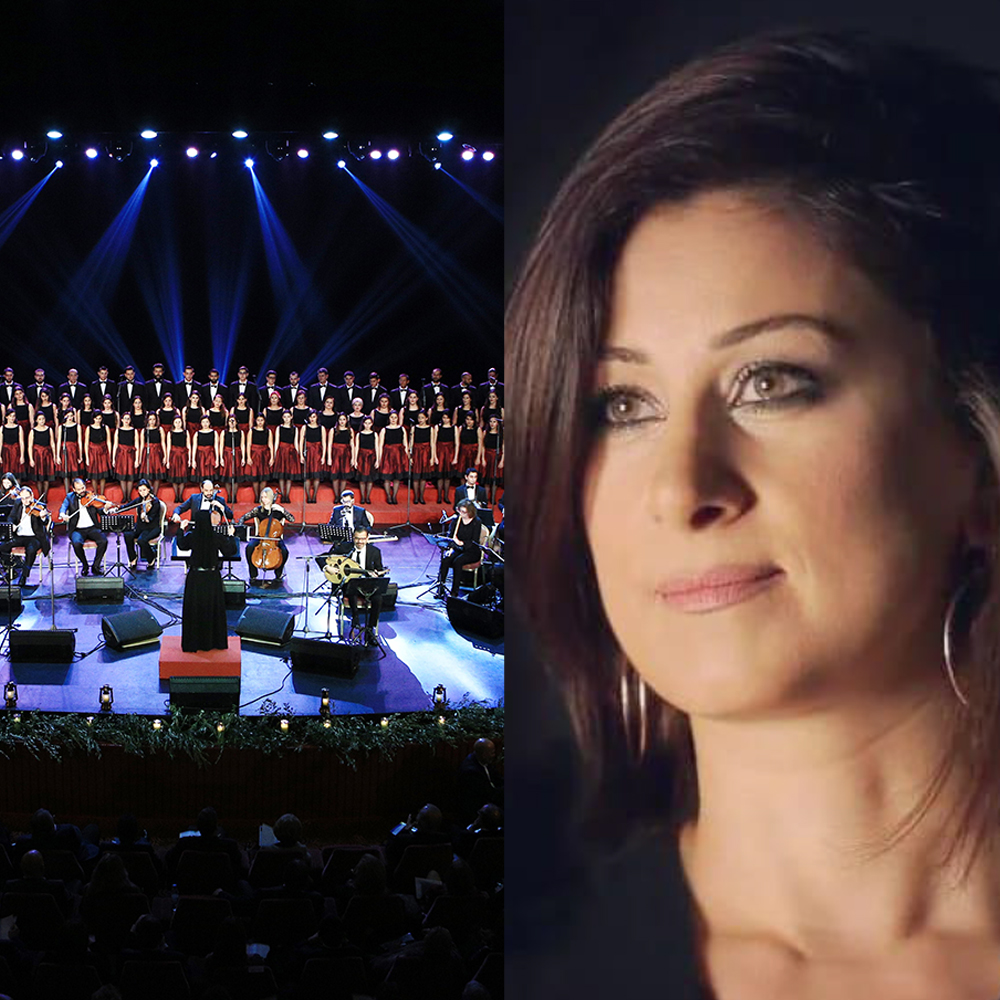 Philokalia Choir
Under the direction of Sr. Marana Saad, Philokalia Choir, known till 2018 as Saint Rafqa Institute Choir, has established its reputation as one of the leading choirs in Lebanon. Since its foundation in 2010, several masses, concerts, festivals and occasions conducted each year have allowed our choir to showcase their work technically, vocally and musically.
The Choir provides education in the field of sacred music —specifically Maronite music, Oriental and Lebanese classical music, for both choral and solo. Philokalia Choir has participated in concerts alongside prominent orchestras, received many invitations to festivals, and has also collaborated with other leading choirs. The Choir has participated in concerts with orchestras and has received invitations to international festivals and big celebrations and events, such as: Crossroad Festival in Cyprus (2018/2013), Saint Anthony Maronite Catholic Church festivities in Virginia – U.S.A. (2016/2018), Celebrations of Saint Maron’s feast in Germany (2018) and Italy (2016), World Youth Day with The Pope Francis in Poland (2016) and Lebanese International Choir Festival (2018/2015).
Philokalia Choir has also presented an operetta with live orchestra in Rafqa’s musical theatre written and directed by Georges Khabbaz (2014), and participated in big events with different orchestras in concerts with prominent artists such as Magida El Roumi, Charbel Rouhana in “Let Your Light Shine”/ “Salami Ma’ik” at the Casino Du Liban (2016), Marcel Khalife at Amchit Festival (2017) and Khaled Mouzanar at Baalback Festival Lebanon (2018). The Choir has also collaborated with the Lebanese National Higher Conservatory of Music - the Lebanese National Orchestra for Oriental Music conducted by Maestro Lubnan Baalbaki, with “Mazeej by Lucas Sakr” (2019) and Oussama Rahbani and Hiba Tawaji (2020).
Philokalia Choir built strong friendships with Lena Farah Ghaoui and Rafca Fares Rahbani, who participated as soloists in Philokalia’s various concerts and musical events. Moreover, the Choir has recorded seven albums of Lebanese, oriental and sacred music, and performed many soundtracks for TV and movies, in which it had special appearances.

Holder of a Doctorate in Monastic Theology from St. Anselm University- Rome and a doctorate in Sacred Music from the Holy Spirit University of Kaslik (USEK), she also pursued her studies in Choral Conducting at the Pontificio Istituto di Musica Sacra in Rome (PIMS).

Under the direction of Sr. Marana Saad, Philokalia Choir has acquired its repute as one of the most renowned choirs in Lebanon. The chorus was also able to create many soundtracks for television and music for numerous movies. She also presents concerts and operettas and takes part in a variety of festivals and musical events such as France, Cyprus, Italy, Poland, Germany, and the United States of America.

Sr. Marana Saad has participated in several conferences and workshops all around the world (Croatia, Italy, Estonia, Cyprus, United States of America, etc.) and published articles related to sacred music and choir management and leadership. She also has several theological and musical texts, six albums and numerous partitions on religious chants.

Lena Farah Ghaoui – Soloist
A professional Lebanese singer and musicologist, Lena Farah has been immersed in the music field and culture for over 20 years.

As holder of a master’s degree in musicology and a diploma in Arabic singing from the Holy Spirit University of Kaslik- Lebanon; Lena is a coordinator at the Arabic Singing department, and instructor in both oriental and occidental music at Philokalia Institute.

With the aspiration of elevating and preserving the heritage and beauty of Arabic singing, Lena's own experience and contribution to research seeks to explore the richness and complex elements of Arabic signing, which demands dexterity and mastery.

In addition to that, Lena ran several workshops on introducing vocal forms, rhythms and maqams specific to Arabic music; as well as controlling the emission of the voice, pronunciation, interpretation, ornamentation, improvisation, etc.

Also within this perspective, she’s now working on a practical manual to teach foreigners ways to practice Arabic singing and highlight it as a multidisciplinary field. 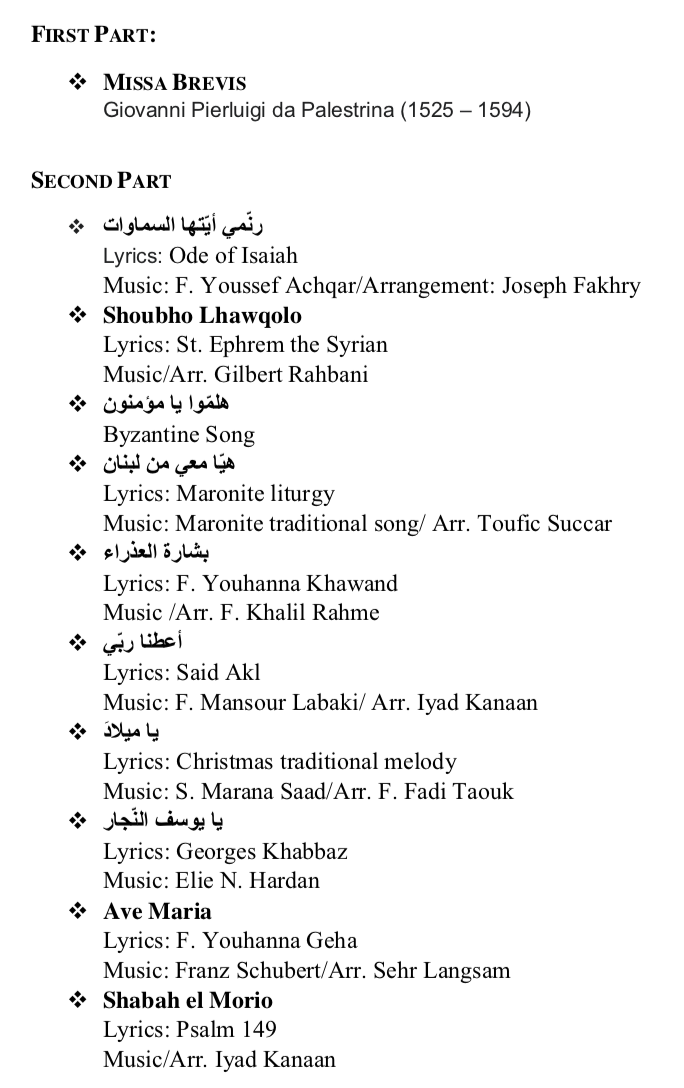 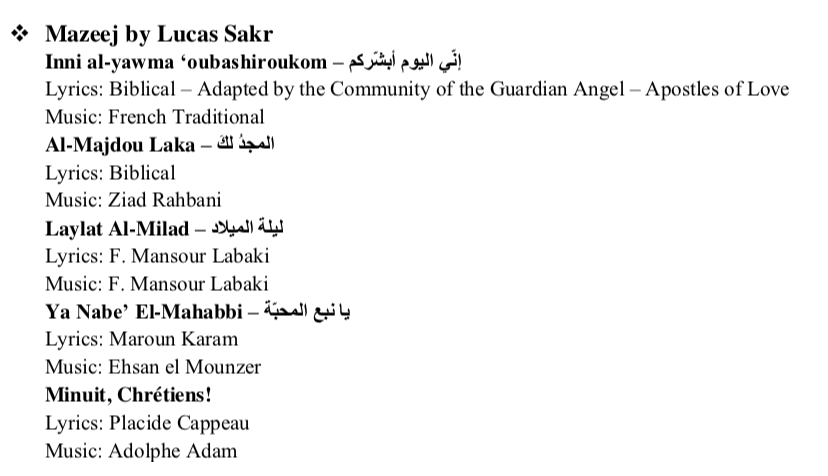