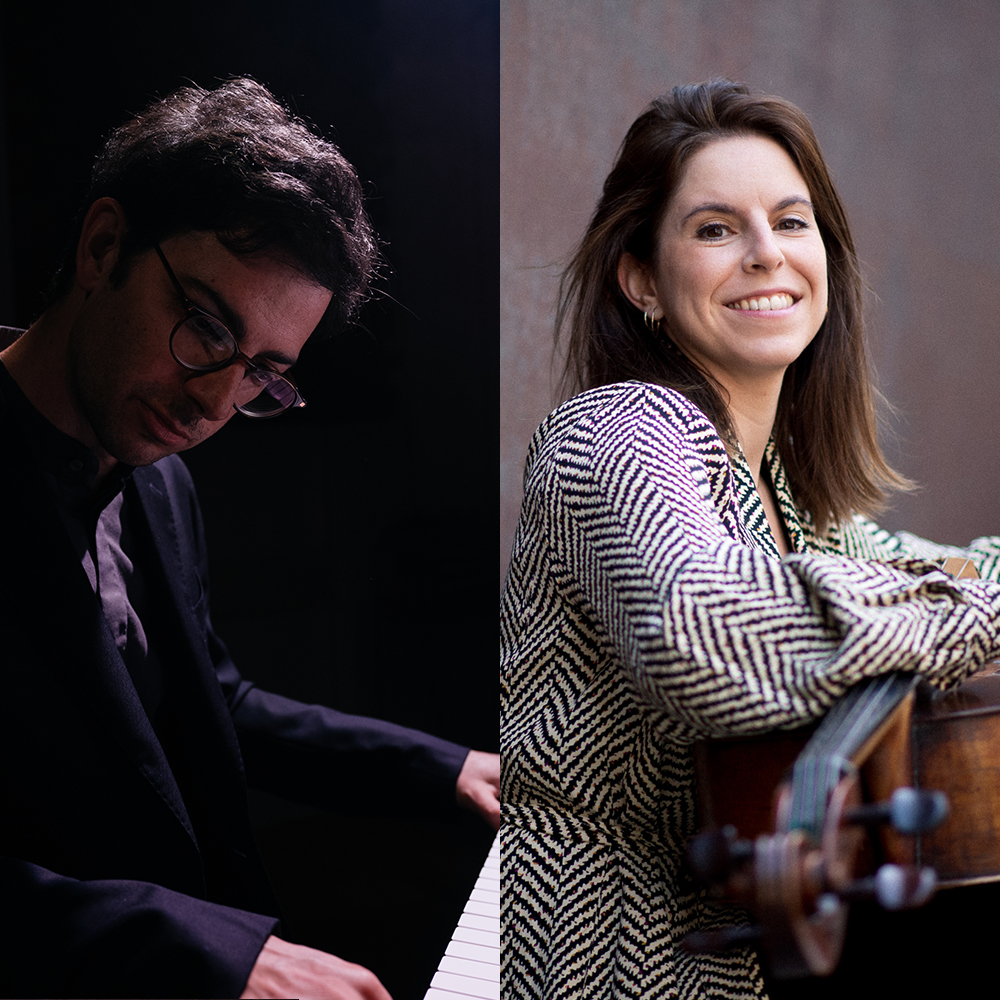 Since 2008, she has been delving into the cello and piano duo repertoire together with Italian pianist Federico Bosco. They received the first prize at the Salieri-Zinetti International Chamber Music Competition 2015, in Verona, Italy, with engagements across Europe for the upcoming seasons, including their debut at the Menuhin Festival Gstaad Switzerland.

Her discography includes “A mon Ami”, cello and piano pieces by F. Chopin and A. Franchomme and “Baroque Portrait”, dedicated to J. S. Bach cello suites and J. Barrière Sonates and “Of Love and War”, her newest album, was released in 2021 dedicated to music around the I World War.

Combining her concert activity with her love for teaching, she was appointed cello teacher at the Real Conservatorio Superior de Música de Madrid before joining the Cello Faculty at the Vorarlberger Landeskonservatorium in Feldkirch, Austria. She is regularly invited to give masterclasses in different Festivals and Academies around most European countries. In 2021 Beatriz was appointed Cello Professor at the Hochschule für Musik Trossingen (Germany).

Founder and artistic director of the Festival y Academia Ribeira Sacra in Galicia, Spain, bringing musicians all over the world together to perform chamber music in very unique places and to teach young talented musicians from Spain and abroad.

She studied with Asier Polo in Spain, Ivan Monighetti at the Hochschule für Musik Basel, Clemens Hagen at the Universität Mozarteum Salzburg and with Thomas Grossenbacher at the Zürcher Hochschule der Kunste.

She plays a C.Pierray cello (Paris, 1720), on her property thanks to the help of Fr. Dr. Anne Budde.‍

Federico Bosco, Piano
Awarded for his "always excellent results" and his "great and uninterrupted commitment to the service of students and the university" by the Hochschule Basel in 2018, first prize at the Salieri-Zinetti chamber music competition in Verona, the Sandro Fuga competition in Turin and the Orpheus competition in Bern, Federico Bosco has always dedicated himself to chamber music, his discipline of choice. He is very requested as a musical partner and accompanist.

Regularly invited to festivals, masterclasses and competitions, he performs with musicians such as Nora Chastain, Daniel Gaede, Silvia Simionescu, Troels Svane, Conradin Brotbek, Adelina Oprean, Igor Keller, Beatriz Blanco, Lisa Rieder. He has lent his expertise in master classes with musicians such as Leonidas Kavakos, Steven Isserlis, Philippe Griffin, Jean-Jacques Kantorow and singers such as Margreet Honig, Thomas Allen, Christine Schäfer, Michaela Schuster, Elena Mosuc.
‍
He has appeared on renowned stages such as the Lucerne Festival, the Gstaad Menuhin Festival, the Salzburg Chamber Music Festival, the Auditorium and Palau de la Música in Barcelona, the Auditorium Nacional in Madrid, the Fondazione Lingotto Musica in Turin, the Rossini Theatre in Pesaro, the Teatro Calderón in Valladolid, the Granada Festival, the Swiss Chamber Music Festival in Adelboden, the Malta International Arts Festival and others.

In 2016 he released his first CD with cellist Beatriz Blanco, which includes the complete works for Cello and Piano by Chopin and unpublished pieces by his friend Franchomme.
‍
He has given recitals in Italy, Switzerland, Germany, France, Spain, Great Britain and Austria. In 2006 he made his debut with the Swiss Youth Symphony Orchestra in the Paul Klee Auditorium in Bern (Mozart's Jeunehomme) and a year later with the Basel Symphony Orchestra (Bartók 1); he has performed with the orchestra of the Conservatory of Turin and the Philharmonic of the Theater für Niedersachsen Hildesheim/Hannover.

He studied conducting at the Hochschule für Musik Basel with Rodolfo Fischer, who invited him as an assistant for Buenos Aires Lirica. He worked for two seasons at the Theater für Niedersachsen Hannover as assistant and conductor and for opera productions at the Theater St. Gallen and with the Basel Chamber Orchestra under the direction of Giovanni Antonini.
‍
He graduated with distinction from the Conservatory of Turin under Claudio Voghera and continued his studies with Andrea Lucchesini in Pinerolo, Filippo Gamba in Padua and Adrian Oetiker in Basel.
‍
Since September 2018 he is also supervisor of keyboard instruments at the Basel Academy of Music. 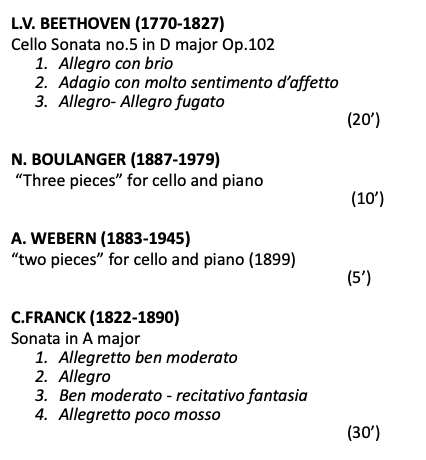