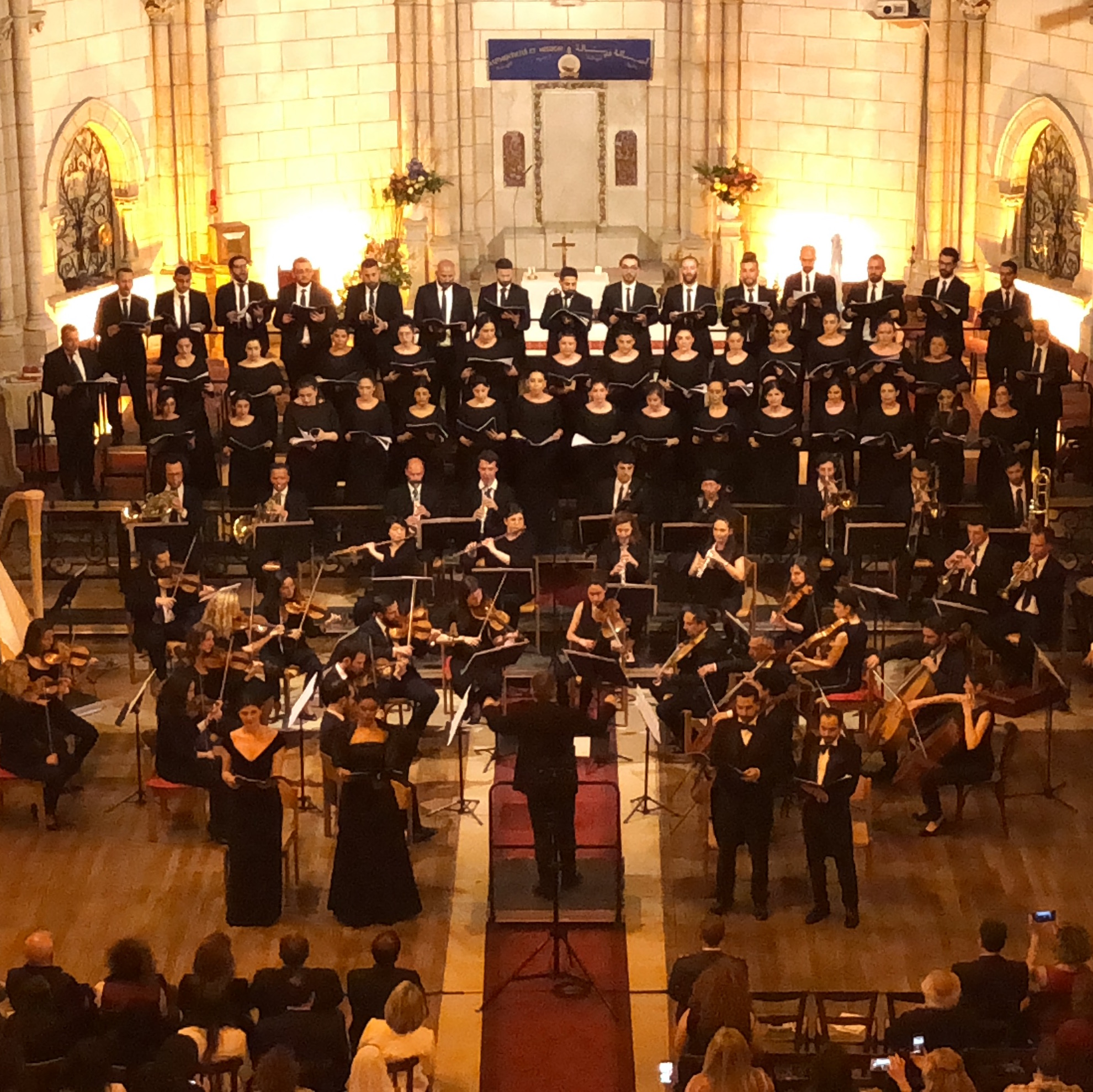 ‍With more than a dozen concerts per season, numerous recordings and publications, as well as many international awards, the Notre Dame University Choir is one of Lebanon and the region’s outstanding choirs. A broad repertoire, a richly warm sound, an unmistakable interpretation all contribute to make it a permanent partner of the international festivals, and the Lebanese Philharmonic Orchestra and its conductors, where it functions as a musical ambassador for Beirut in the great concert halls around the world.Along with the symphonic choral central repertoire, the annual season programing of the choir includes a wide range of Lebanese music, in close cooperation with celebrated composers, such as Iyad Kanaan, Gabriel Yared and Valentino Miserachs Grau, with the aim of developing and growing the Lebanese choral repertoire. Furthermore, Notre Dame University Choir is constantly developing new and unusual ways of experiencing choral music.Since its establishment in 1993, it has been shaped by reverend Khalil Rahme, a Maronite Mariamite monk, who returned to Beirut after completing his music studies in Rome, to found the choir and the School of Music at Notre Dame University, in addition to his numerous entrusted tasks at the Lebanese National Conservatory of Music.In the framework of Beirut Chants 2019 festival, Notre Dame University Choir will be presenting a bouquet of Christmas motets and hymns, along with the Italian organist Simone Webber. 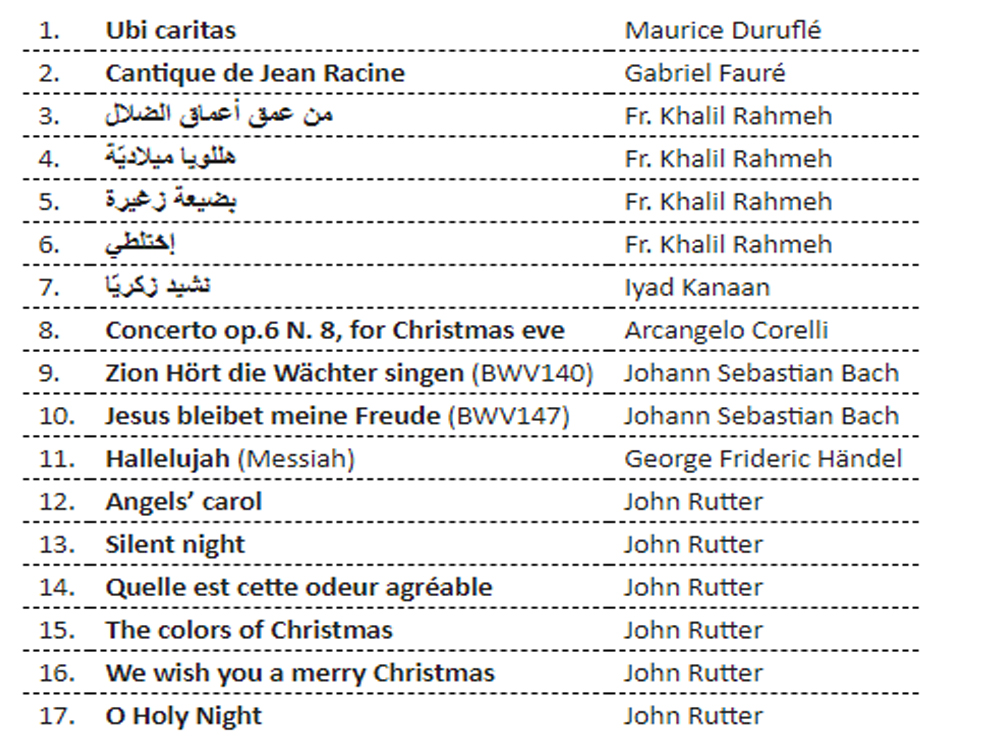