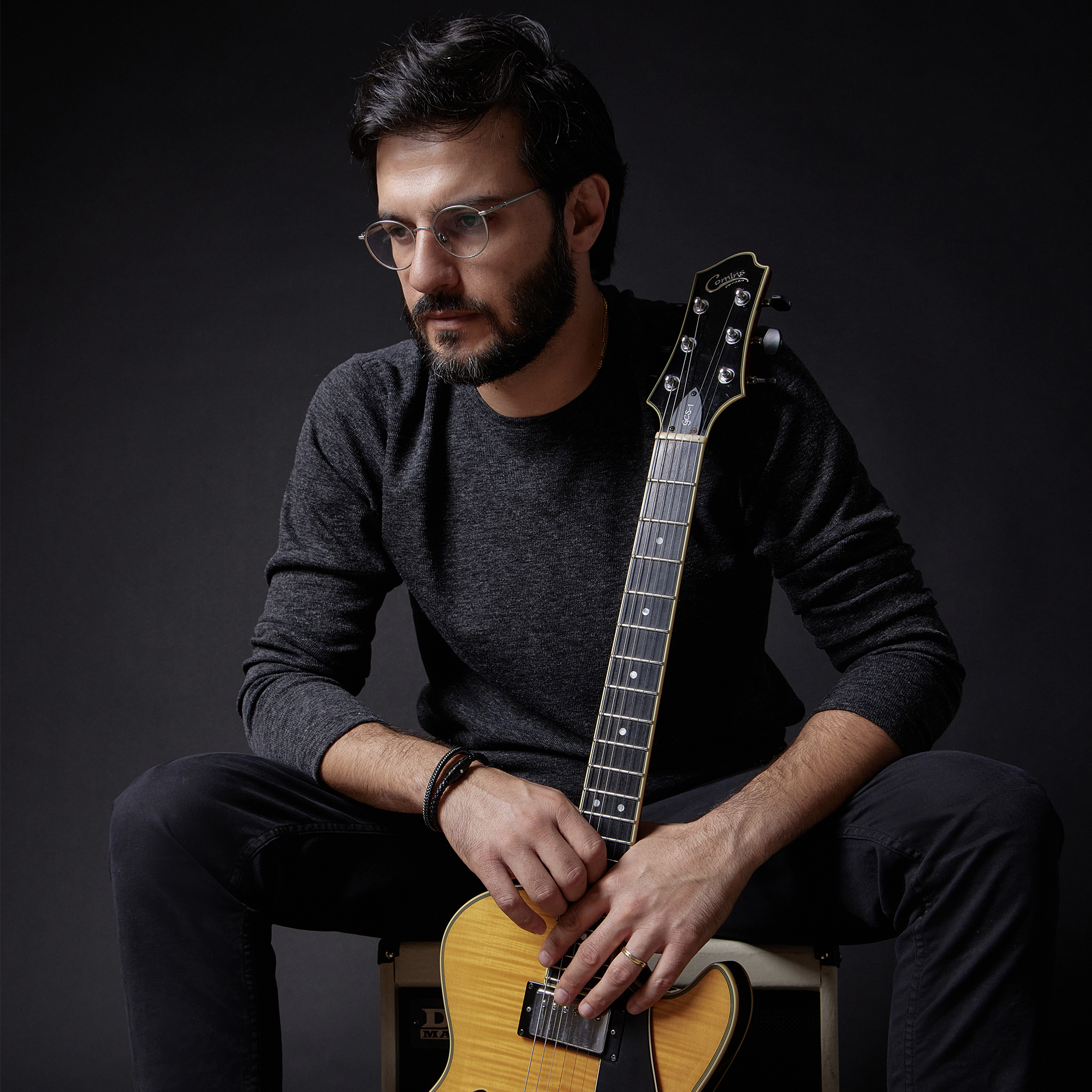 Raffi Mandalian, Guitar
Raffi Mandalian is a composer, arranger, and leading jazz guitarist. He is also a university music instructor at the Lebanese American University.
‍
Born in Beirut, he received classical guitar training when he was sixteen at the Lebanese National Conservatory and pursued a Master’s degree in Musicology from The Holy Spirit University of Kaslik.
‍
Raffi followed his passion for Jazz and Latin Music by learning from jazz pianist Arthur Satyan. He quickly established himself as a rising talent in the Beirut jazz scene since 2005, thanks to his musical gift, creativity, and interpretive performances.
‍
Raffi’s versatility in playing different styles of music from classical to rock, jazz, Latin, funk, pop and Arabic music paved for him the way to perform and record with some of the most venerable names in the Lebanese music industry, as well as internationally-acclaimed jazz performers. These include Ziad Rahbani, Majida el Roumi, Fayrouz, Gabriel Yared, Abboud Saade, Victor Bailey, Hiba Tawaji, Anthony Wonsey, Oussama Rahbani, JD Walter, Khaled el Habr, Walid Tawil and Faya Younan just to name a few.
‍
He has also taken part in many international festivals including Byblos International Festival, Batroun International Festival, Yerevan Jazz Festival, Beiteddine International Festival, Beirut Jazz Festival, and the Jounieh International Festival.
‍
Raffi formed his own jazz quintet, RMJQ in 2013 to showcase new compositions and arrangements. He has also been creating modern arrangements of folkloric melodies from Armenia, which has been a constant and natural inspiration in his work.
‍
In 2016, he produced and performed his first official concert with more than 10 musicians on stage coming from Armenia, Lebanon, Switzerland and the USA.
‍
Raffi believes that quality music should be accessible to everyone. He also believes that music should be enabled to reach the audience’s hearts and create a unique communication and emotional state.