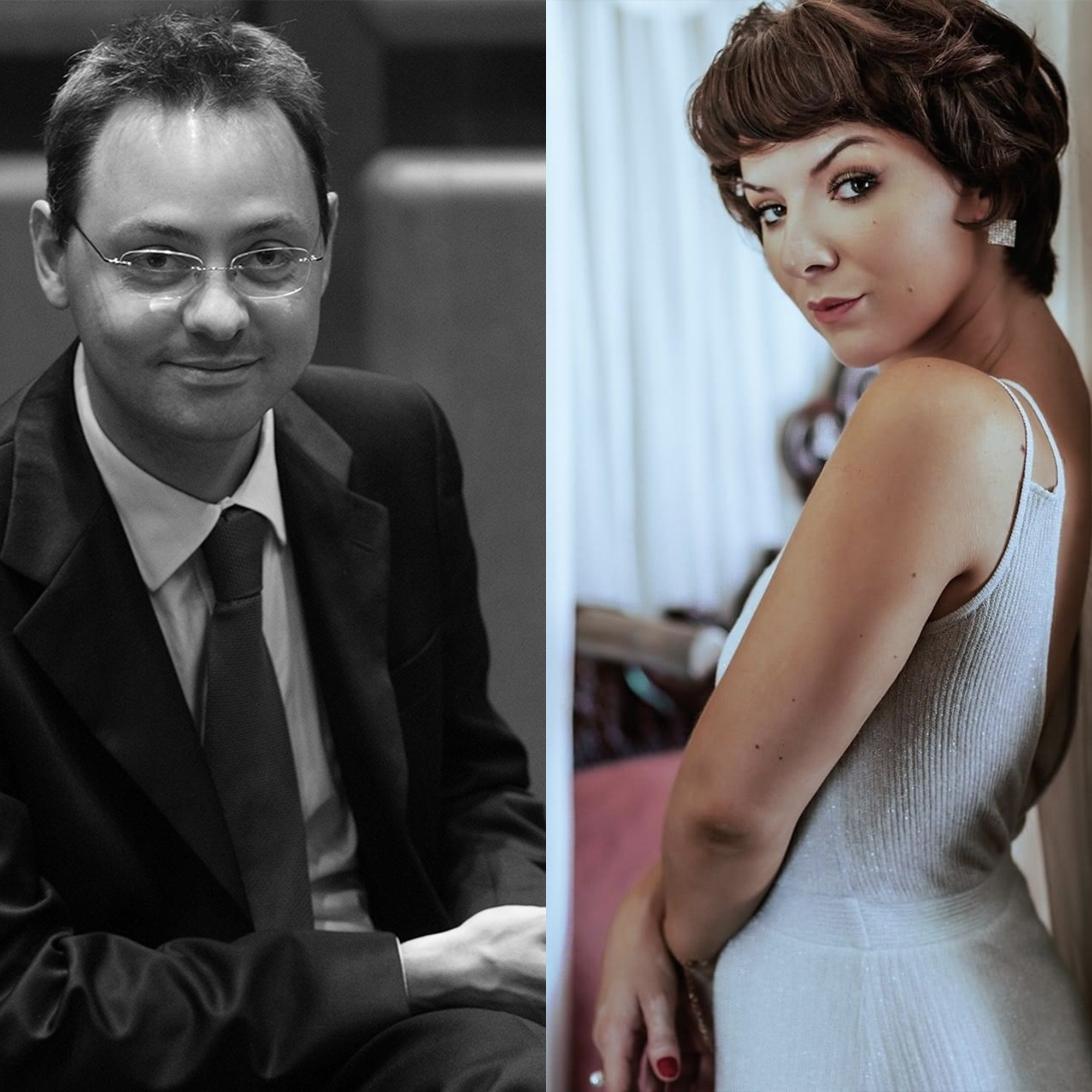 Raquel Paulin, Soprano
Brazilian coloratura soprano, Raquel Paulin dedicated ten years of her career to musical theater. Graduated from Escola Municipal de Música de São Paulo, she also studied with Walter Chamun, Laura de Souza and Rafael Andrade. She was part of the cast from Theatro São Pedro Opera Academy from 2016 to 2018, actively participating as a soloist in the theater season. She sang under the baton of conductors such as Luiz Fernando Malheiro, André dos Santos, Marco Boemi, Abel Rocha, Rubens Ricciardi, Gabriel Rhein-Schirato and Cláudio Cruz.
‍
Awarded in contests such as Maria Callas Brazilian Opera Competition, Linus Lerner International Voice Competition and winner of the First Place of the Bixiga Symphonic Orchestra Competition, she is establishing her career in the new generation of opera singers, participating in the last two years in productions such as Cartas Portuguesas, by João Guilherme Ripper under the direction of Jorge Takla and conducted by Roberto Tibiriça, in addition to having sung Cecy in Il Guarany by Carlos Gomes, Lauretta in Gianni Schicchi by Puccini and Adina in L'elisir D’amore by Gaetano Donizetti, all with Cia Ópera São Paulo, Lucy in The Telephone by Gian Carlo Menotti with direction by Julianna Santos and musical direction by Luís Gustavo Petri, in addition to several concerts throughout Brazil.
‍
At the recent celebration of the 100th anniversary of the Brazilian Modern Art Week, she made her debut at the Theatro Municipal de São Paulo with OSM under the baton of conductor Roberto Minczuk singing Bachianas Brasileiras nº 5 by Heitor Villa Lobos.

FABIO CENTANNI, Piano
Fabio Centanni is one of the internationally most sought after collaborative pianists in Italian Opera and Instrumental music.

Since 2006 he has closely collaborated alongside with Renata Scotto at the Opera Studio of Accademia Nazionale di Santa Cecilia where he has performed in numerous concerts at the Auditorium Parco della Musica as well as internationally supported by the Italian Embassy. Mr. Centanni served as Korrepetitor for the International Opernstudio in Zurich, Deutsche Oper am Rhein in Dusseldorf, Orchestra Sinfonica di Savona, Grand Théâtre de Genève. For Radio3 Programm “La Barcaccia” he accompanied Raina Kabaivanska, Katia Ricciarelli, Daniela Dessì, Fabio Armiliato, Amarilli Nizza, and Roberto de Candia. In 2008 he served as accompanist for Natalie Dessay while preparing La Traviata with Renata Scotto.

He held Masterclasses at the “Estudio Voce” School in Rio de Janeiro (5 times, 2011-2013), at the Conservatoire National Supèrieur in Beyrouth, Lebanon  (November 2013, February 2014) and at the Conservatorio of  Verona organized by th Sydney Conservatorium of Music.

From January 2013 he is the pianist of  Bernadette Manca di Nissa at the Conservatorio “G. P.  da Palestrina” in Cagliari.

Mr. Centanni received his Bachelor of Music with full honors from Santa Cecilia Conservatorio and both Specialization in Chamber Music and Piano from Accademia Nazionale di Santa Cecilia in Rome. His Post-Graduate Studies include the course of musical interpretation at Accademia Chigiana,  Accademia “Incontri col Maestro” in Imola, Sommerakademie "Mozarteum" in Salzburg, and participation in the Master Class with Pavel Gliliov at Accademia Musicale Pescarese.

2011-2012  he was the pianist of  Sonig Tchakerian  in her Master Course in Violin  held at  the Accademia Nazionale di Santa Cecilia.

Mr. Centanni is fluent in German, English, Portugues and his native Italian.